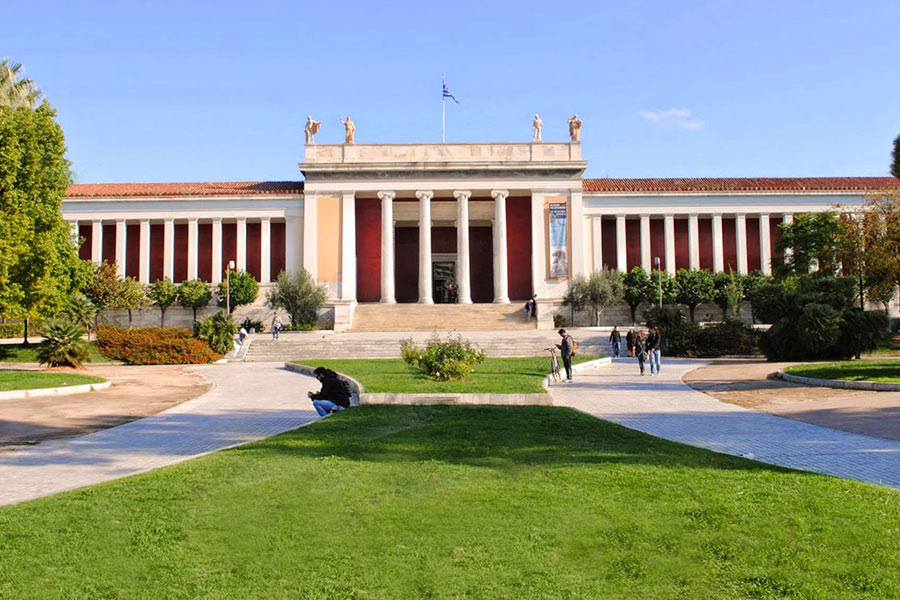 As befits a city of such history, the city centre is filled with the best museums in Athens. They cover all of its historical periods and the influences it had over the millennia. There also exist specialized museums, for certain aspects of life and particular arts. Most contain vast collections of artifacts, documents and historical memorabilia, which the archaeologists and historians curate and study diligently. When a city has such a large number of museums and cultural spaces, it is easy for a local, or a visitor to get confused.

It is almost certain that it will be difficult to visit all or most of them. But Athens is not a city you can visit once, or twice! Each time someone comes, they discover something new, something more! We compiled a list of the best museums in Athens to help potential visitors find the museums they like most. All are worth visiting if you have time, because they present different aspects of Athens and Greece in general. It is up to you to discover your favorite museum. The one that will give you the best memory, will spark your imagination, or will make you go “wow”! 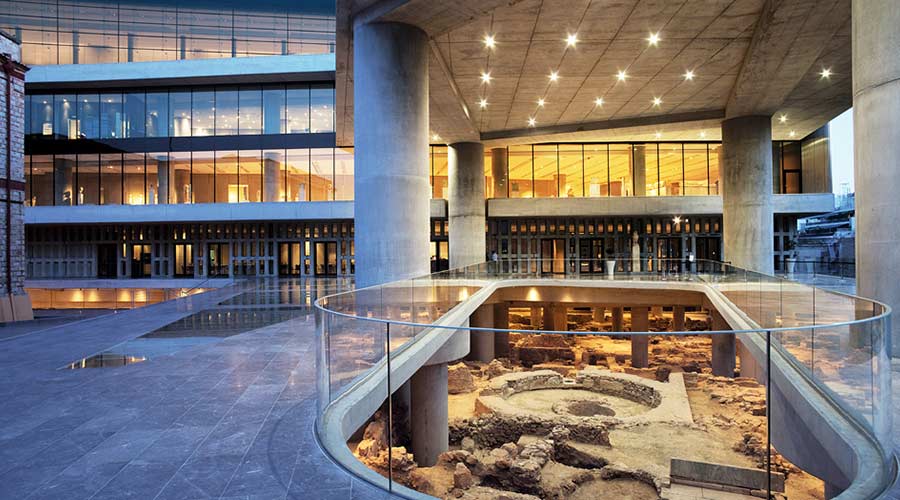 Best museums in the historic capital of Greece

Athens is a city with over 3000 years of history. Founded in the Archaic times, Athens was the center of political and military power of the Greek world for centuries. It was the protagonist of the Classical Era, a city that created the ideas of Democracy and Political Participation. Furthermore, It was the city of Socrates and Plato, of Solon and Pericles. It was a center of art, with Praxiteles and other famous artists of the time.

Athenians defeated the Persian Invasion and became the dominant power of the Eastern Mediterranean, until dethroned by Sparta. Even at Hellenistic and Roman times, Athens was somewhat prominent and received many visitors. Athens played a less important role in the Byzantine and Ottoman times, but those two eras still left their marks. In the Greek War of Independence, great heroes like Karaiskakis and Makrygiannis fought to liberate the city.

After Greek Independence, Athens became the capital of the Greek state (though Nauplion was capital for a sort while). It was the site of most historic events of the 19th and 20th centuries. Artists, thinkers, writers, politicians, industrialists, men and women of prominence called Athens home. 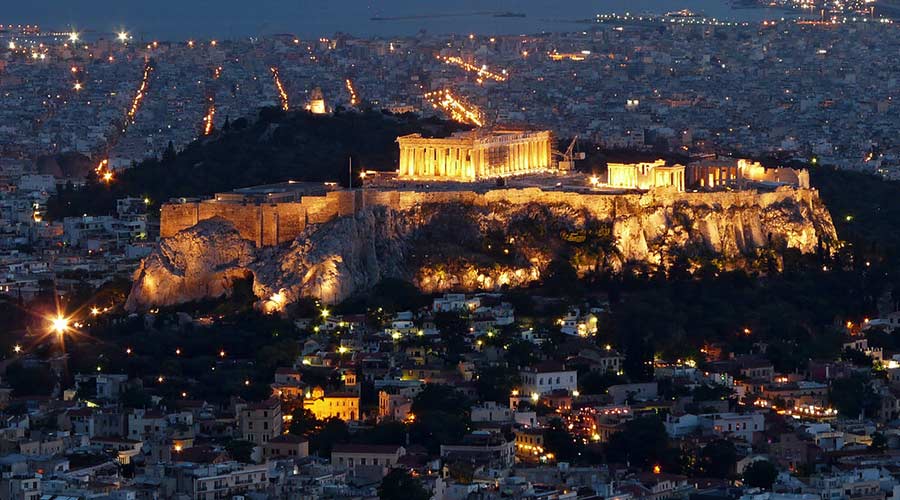 Ederlezi Boutique Hotel is a boutique hotel near the best museums in Athens. Someone who came to Athens for sightseeing and museum-hopping will find it ideal as a “launchpad” for this. Its position in Psirri, the heart of Athens, brings it close not just to the museums and archaeological sites. The Monastiraki Metro station and the Thissio Railway station bring every location of Athens near. Moreover, the comfort and amenities of the hotel ensure you will have a good rest after your exploration of Athens museums! What is better than to have a discussion about Greek history in the roof garden of Ederlezi Boutique Hotel? Or, what is better than to see a documentary about Athens in our Netflix Ultra HD subscription and then discover it yourself?

Ederlezi Boutique Hotel has 8 unique rooms that can host a couple, a family or a group of friends. They all follow the BoHo style of design and the concept of stylish simplicity. Just choose one of our rooms and get ready for your perfect visit to Athens! 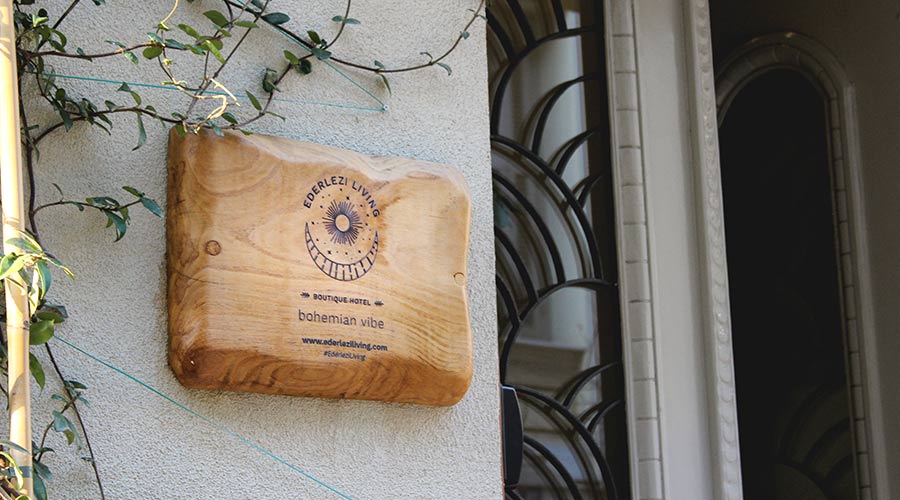 The Ederlezi Apartments are excellent places to stay if you want to visit the best museums in Athens. Their locations in the heart of the historic city and their proximity to the Athens Metro are great assets. They are fully equipped with all amenities and everything that a visitor might need. Hundreds of guests already love them, for their personalized service and their overall quality.

The Ederlezi Apartments are:

A 2-bedroom house in the vibrant Psirri area, in the center of Athens. Ederlezi Diamond is in walking distance from the Acropolis of Athens and extremely close to the best museums in Athens. The Diamond has all the amenities one would need when coming to sightsee in Athens. Its patio is the place to sit, have a coffee and talk about your discoveries in the museums you visited. 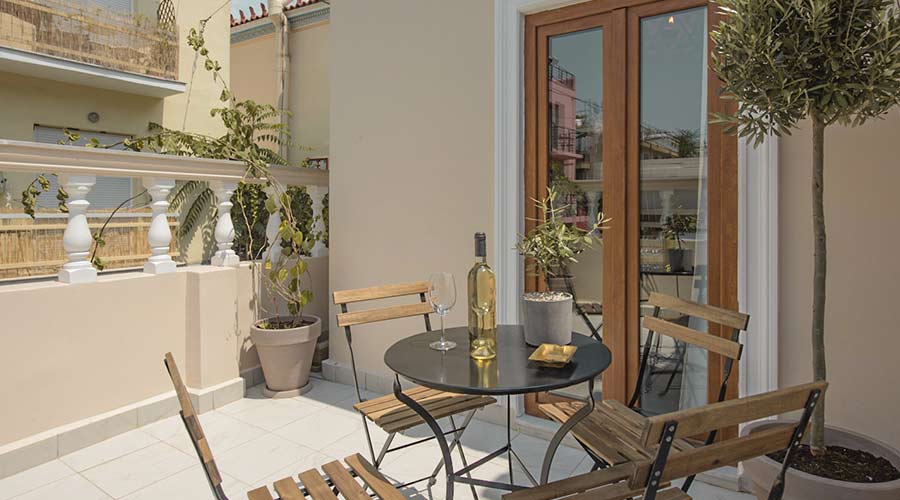 A large, 3-bedroom apartment, capable of housing up to 8 people. If you came to Athens with your family, or all your friends, this is the place to stay! Ederlezi Emerald’s position in Metaxourgheio makes it easy to be in the best museum of Athens within a short time. The Metaxourgheio Metro station connects it with the extensive Athens transportation network. So, no museum in Athens is “too far”, when you are staying in Ederlezi Emerald! 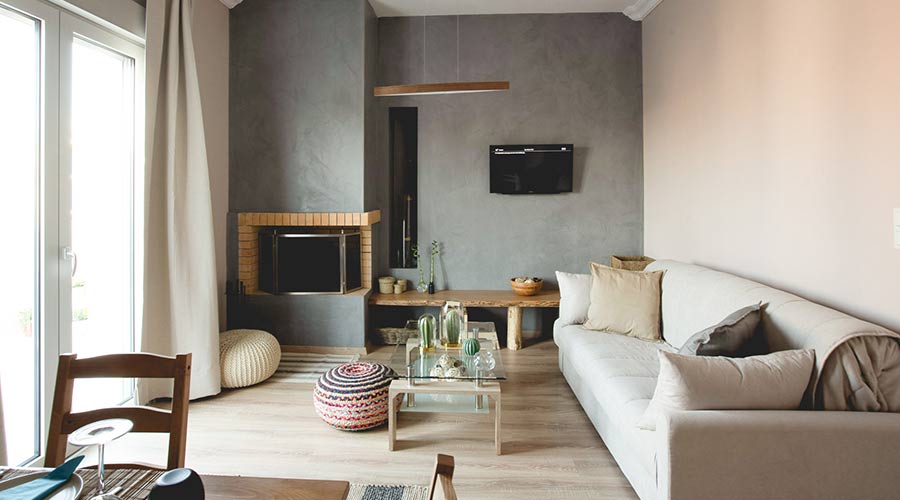 Α cozy studio in Metaxourgheio, Ederlezi Sapphire has a unique privilege. Its guests can enjoy an unobstructed view of the Acropolis of Athens, from its large windows and the balcony! Perfect for a couple in their dream trip to Athens, Ederlezi Sapphire is fully equipped to accommodate them in all ways. And with the Metro station practically outside their door, none of the best museums in Athens is too far away!

Book now your room or apartment of choice! Book directly through our website, send us an email at bookings@ederleziliving.com, or call us at (+30) 211 1828454. We are ready to welcome you to historic Athens. 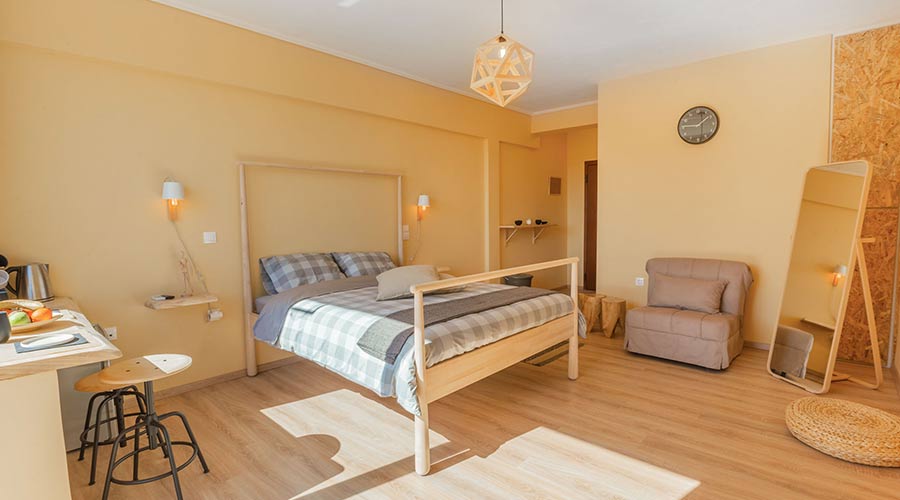 The best Museums in Athens

These are the best museums in Athens:

One of the best museums in the world, according to all experts. The Acropolis Museum houses findings from the Acropolis of Athens and the surrounding area of Plaka. It is the home of all but one of the Caryatids, the famous female statues. The Acropolis Museum is also the site of numerous high-profile conferences and cultural events throughout the year. Website: The acropolis museum

The National Archaeological Museum of Athens has the greatest collection of Greek antiquities in the world! It is housed in a magnificent building, built during the first years of the Greek state. Its collections trace the evolution of Greek civilization and the civilizations that flourished in the area that is now Greece. Masterpieces of Greek sculpture stand side by side with everyday objects. It also has a beautiful garden for its visitors to relax. Website: National Archaeological Museum

This very central neoclassical mansion opposite the Greek Parliament holds Greek culture in a nutshell. A collection of objects from different time periods, starting from the earliest Cycladic civilizations, guide the visitor trough Greek history. The Benaki is famous for its numerous events and lectures and it is also a meeting point of Athenians. It has a forward-thinking gift shop, with a great number of books, reproductions and presents. Website: Benaki Museum

The Numismatic Museum lies in the heart of Athens. Its building is the magnificent “Mansion of Ilion”, the house of famed German archaeologist Schliemann, who excavated Mycenae and Troy. It has a great collection of coins from all over the Hellenic world and the Eastern Mediterranean. Apart from that, its garden is a place of serenity, particularly in the summer and spring months. The garden of the Numismatic Museum is a place of a small, but influential jazz festival! Website: Numismatic Museum

Museum of the Ancient Agora

The Attalos Gallery holds the Museum of the Ancient Agora. The Ancient Agora was the political, social and economic center of ancient Athens. Serving as a marketplace and a place of discussion, the space of the Ancient Agora gave archaeologists many important artifacts of everyday life. This museum is the best place to discover the daily lives of the Athenians. Moreover, it is very close on foot from Ederlezi Boutique Hotel! If you are interested not just in the grand historical events, but also everyday objects and their personal histories, this is the museum for you! Website: Museum of Ancient Agora 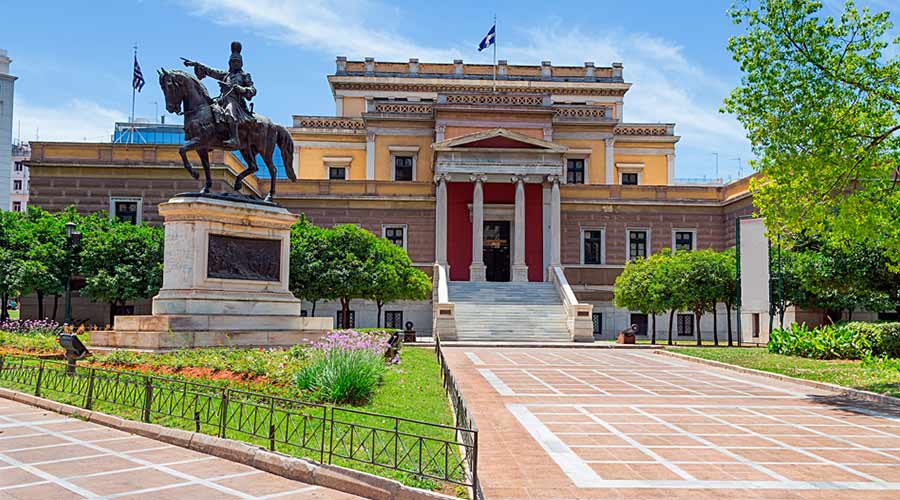 More of the best museums in Athens

In the heart of Plaka, this museum keeps the history of the University of Athens alive. Through documents, memorabilia and other collectibles, the visitor is acquainted with the evolution of the oldest university of Eastern Europe. The majestic building was once the first seat of the university during its fledgling days and a private residence. Its garden and exterior are iconic! They feature prominently in Greek TV series and movies, when the plot requires the appearance of a lordly manor! Website: Athens University history museum

The Old Parliament building holds the National Museum of History. Hundreds of historical documents, objects, portraits of great individuals remind of the current history of Greece as an independent state. In front of the museum, the visitor can find the statue of the great general Kolokotronis on a horse. It is considered the symbol of Greek Independence and a landmark of Athens. It famously bears the inscription “Go forth, brave general, teaching the world how slaves become free”. Website: National Museum of History

Holding the signs of Islamic presence in Greece, the Museum of Islamic Art is a key to understanding the past. Beautiful artifacts form a comprehensive collection, while its murals of Islamic calligraphy are part art and part literature. The Museum of Islamic Art holds one of the best museum cafes in Athens. And the even better part: it is so near the Ederlezi Boutique Hotel! Only a handful of meters stand between you and this incredible place! Website: Benaki Museum

This museum is one-of-a-kind! It holds working replicas of mechanical and proto-automation inventions of the ancient Greeks. Ancient mechanics of the Hellenistic and Roman times experimented with cogs, wheels, water mills and even steam. Here you will learn all information about machinery that could very well be from a novel, if they weren’t true and operational! It is a museum that no visitor to Athens can miss! Website: Kotsanas Museum

The newest museum of Athens, in the area of Pangrati. It was built to house the private collection of modern art of the shipping magnate Goulandris family. The collection consists of authentic masterpieces from the greatest painters of the 20th century, of many movements and expressions. The museum is poised to become one of best of its kind in Europe. Website: Goulandris Museum 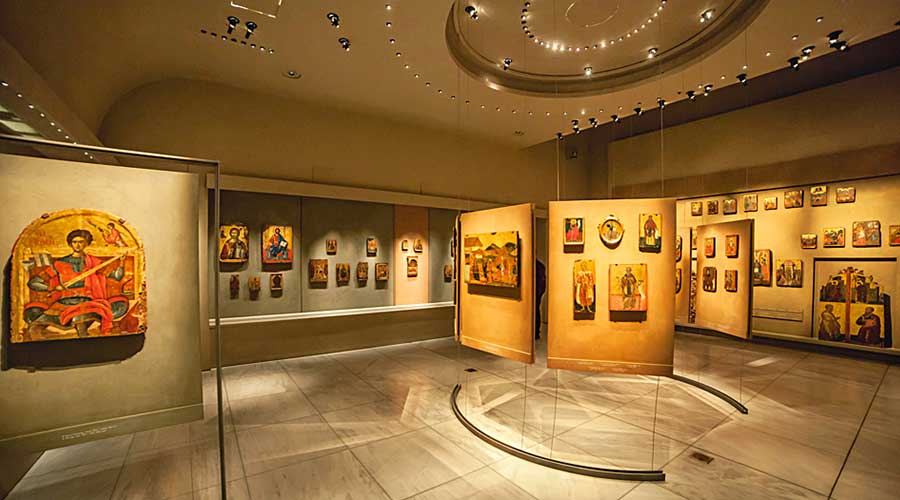 Even more of the best museums in Athens

The Byzantine and Christian heritage shaped modern Greece. Greeks are proud of the achievements of the Byzantines and of their Christian element. Thus, this museum houses a collection of religious and secular art and objects from the Byzantine Era. It also keeps priceless artifacts of faith and its academic publications on their fields of study are monumental worldwide. Website: Byzantine & Christian Museum

Greeks always fought for their freedom and the War Museum is here to prove it. Holding weapons, arms uniforms, flags, both Greek and enemy alike, it is a comprehensive trip through Greek military history. Its courtyard has a collection of non-functional fighter jets and anti-aircraft weaponry. The most impressive feature however is the display of emblems of all divisions and commands of the Hellenic Armed Forces. Website: War Museum 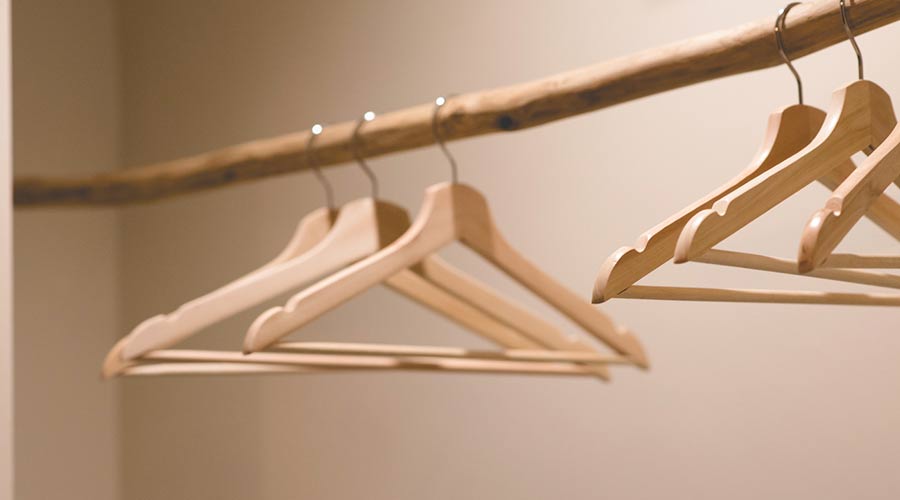 Book your stay now, visit the best museums in Athens and stay at the best accommodation in Athens. The Ederlezi properties await you!